André-Charles Boulle (French, 1642-1732), described by his contemporaries as “the most skilful artisan in Paris”, was a French cabinetmaker of great fame, who worked as the cabinetmaker and sculptor for the king of France, Louis XIV. Boulle's talent for highly detailed marquetry work, which combined tortoiseshell, pewter and brass, led to the technique itself being named after him, as ‘Boulle work’ or ‘Boulle marquetry’.

André-Charles Boulle was born in Paris in 1642, and achieved the title of cabinet maker by 1666. The success of his designs was such that he received the privilege of establishing his workshop in the Palais du Louvre, by personal request of King Louis XIV himself. The freedom of this workshop allowed Boulle explore different fields outside of cabinetmaking, and he began to produce astounding pieces in gilt bronze, including chandeliers and high quality mounts for his furniture. Boulle also experimented and mastered floral marquetry in both stained and naturally coloured wood, while developing his own distinctive marquetry patterning.

The popularity of Boulle furniture increased when his designs were published around in 1720, meaning that the beautiful work was now accessible to a wider audience. The trend for Boulle work continued long after his death, with endless copies of Boulle furniture produced using ebony-mounted tortoiseshell and brass marquetry veneer with sculptural gilt bronze mounts. Original Boulle work cabinets, tables and armoires, and their later 18th and 19th Century copies, remain highly desired collectors’ items of extraordinary beauty. 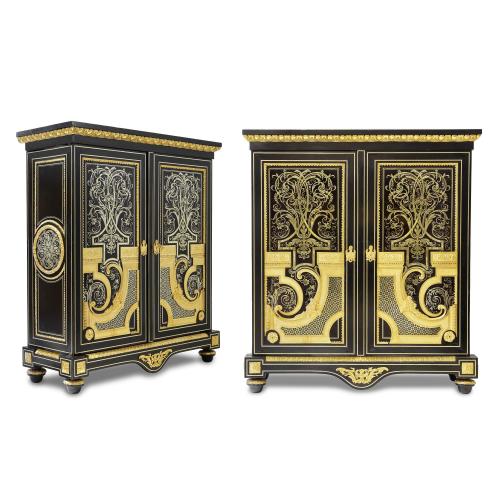 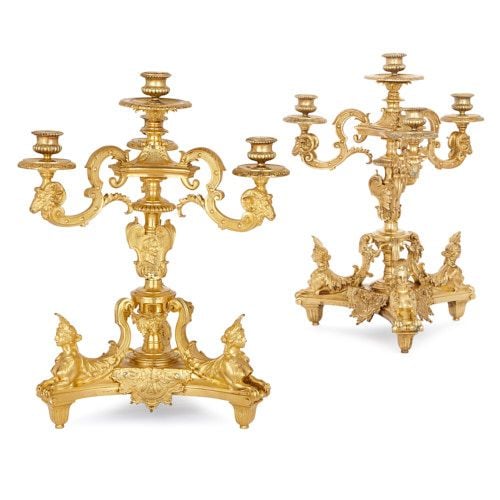 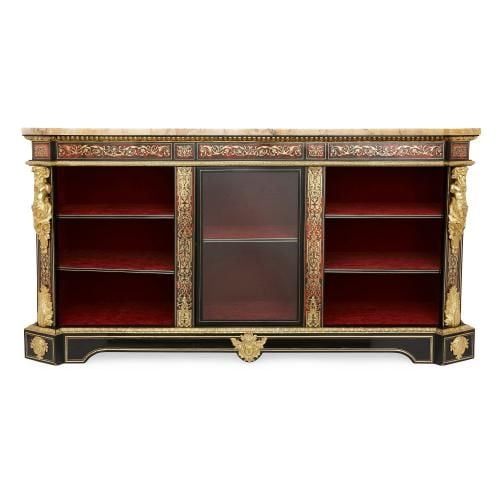