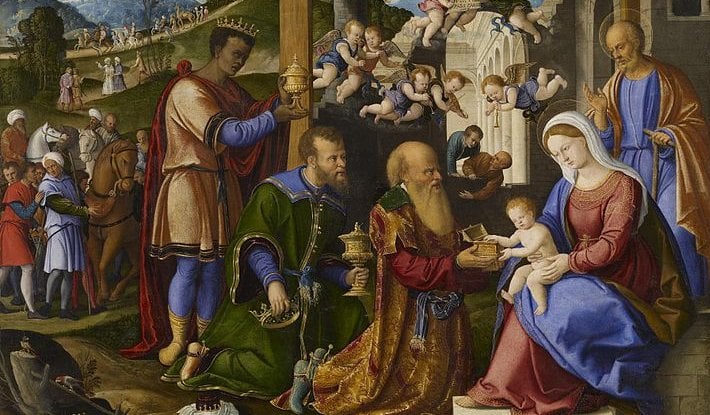 The custom of giving gifts to friends and loved ones is almost as old as mankind itself. There are, however, some gifts that really stand out in the history of human existence. Our latest blog reveals our pick of the top ten antique gifts, each with their own unique story to tell.

10. The Resolute Desk at the White House

The Resolute Desk was given as a gift to President Rutherford B. Hayes, of the United States of America, by Queen Victoria in 1880. It was placed in the Oval Office at the White House, and is a truly iconic piece of furniture.

The desk has been used by seven presidents since, and is made from English oak that was taken from the wreck of the HMS Resolute, a British Arctic exploration ship.

A plaque on the frieze of the desk recounts its history, detailing how the ship - which got stuck in ice whilst exploring in 1854 and was consequently abandoned - was rescued in 1856 by an American whaler ship, and "sent to England as a gift to Her Majesty Queen Victoria by the President and People of the United States, as a token of goodwill and friendship".

The Queen paid homage to the American rescue by using the timbers from the HMS Resolute to construct the antique desk, which was presented to the President "as a memorial of the courtesy and loving kindness which dictated the offer of the gift of the Resolute".

The desk is carved all over with intricate details, which include the flags of England and America, a portrait bust of Queen Victoria, representations of friendship, and, to the centre, the US National Emblem- the Bald Eagle. 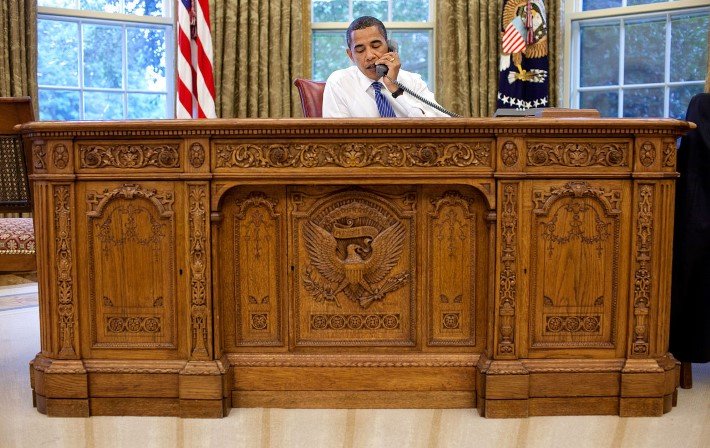 9. The Ivory Manger given to Caligula's Horse

The Roman Emperor Caligula, who ruled from 37-41 AD, reputedly loved one of his horses so much that he showered it with precious gifts.

Legend has it that the lucky horse, called Incatus, was given a jewelled collar, a marble stable and even a whole house. He reportedly feasted on oats which were mixed with gold flakes, and some sources even state that Caligula made Incatus a Consul General- elevating the horse to political status.

But perhaps the most extravagent of all items gifted by the Emperor to his horse was a manger fashioned and carved completely in ivory!

Being the only item in our top ten gifted to an animal, this present is truly unique. Sadly none of Caligula's antique gifts to his horse have survived the past 2000 years, so we can only imagine the life of luxury that this special horse became accustomed to. 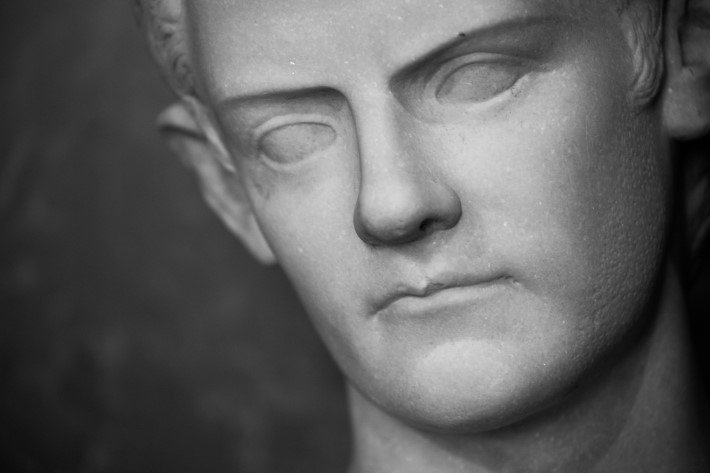 Marble bust of Caligula housed in the Louvre, Paris. © Bradley Weber via Flickr.

In 1777, Empress Catherine the Great of Russia commissioned a huge 700 piece dinner service by the prestigious Sevres Manufactory for her lover Prince Grigory Potemkin.

Catherine was no stranger to expensive things, but this antique gift cost her the tidy sum of 331,317 livres, which today equates to about £2.25million!

The set was decorated with cameos from Greek and Roman history and mythology. Most of the entire Sevres manufactory would have taken part in making this monumental set, which now forms part of the permanent collection of the State Hermitage Museum in St. Petersburg, Russia. 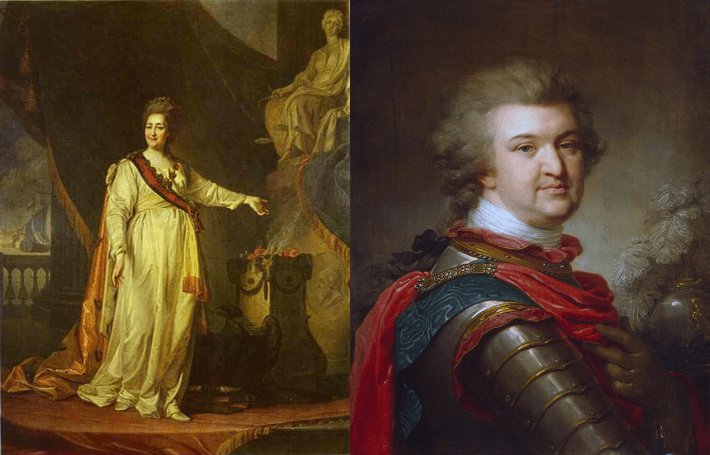 In 1833, the Egyptian governor Muhammad Ali Pasha sent King Louis Philippe I of France one of two 3,000-year-old obelisks, that had stood in Luxor, to secure good relations between Egypt and France. The gifted obelisk now stands in Place de la Concorde, Paris.

The matching obelisk still stands in Luxor, with the gesture that Egypt and France would have two halves of a whole, in perhaps a more extravagant idea of a friendship bracelet!

6. The clock of the Mosque of Muhammad Ali

In 1845, in return for the Luxor Obelisk, King Louis Philippe I of France sent Muhammad Ali Pasha the gift of a huge, brass clock tower.

The clock tower was intended for the Mosque of Muhammad Ali, which Muhammad Ali Pasha was building in memory of his eldest son who had passed in 1816. The mosque is situated at the summit of Cairo, and it was built in the Ottoman style.

The clock tower itself is a humongous 22 metres tall and weighs 250 tons, making it surely one of the heaviest gifts of all time!

The clock tower in place at the Mosque of Muhammad Ali, Cairo. ©Sumurai8 via Wikimedia Commons.

In 1405, Queen Isabeau of Bavaria gave her husband, King Charles VI of France, the stunning Goldenes Rossl as a New Year's gift.

Meaning ‘white horse of gold’, the Goldenes Rossl is the one of the most fantastic and exquisite of ‘joyaux’ – traditional, expensive gifts given by European royal families in the 1300’s and 1400’s.

Made of solid gold, the object is enameled, jewelled and pearled all over. On the upper level, the Virgin and Child are depicted with the King kneeling in prayer, a tiger and the King’s footman. On the lower level, the King’s page holds his white horse.

The stunning antique model is now housed in the collection of the Collegiate Church of St. Philip and St. Jacques of Altotting in Bavaria, Germany.

To mark their coronation in 1774, King Louis XVI of France gave his young bride, Queen Marie Antoinette, the Petit Trianon, a small (ish!) chateau that was built in the grounds of the Palace of Versailles by King Louis XV in 1758.

Marie Antoinette embraced her lavish gift and embarked on major renovations to the Petit Trianon, developing her distinctive interior style, which you can read more about in our blog on Marie Antoinette and her Royal interiors.

The Petit Trianon was refurbished several times subsequently, but in more recent years it has been carefully restored to resemble how it would have looked when Marie Antoinette was in residence. It can now be visited as part of the general admission to Versailles and is a must for tourists visiting Paris.

Widely recognised as the most famous diamond in the world, the 187 carat Koh-i-noor diamond, meaning ‘Mountain of Light’ in Persian, has a rich and turbulent history.

The earliest reported mention of the diamond was more than 5000 years ago in a Sanskrit script, where it was called the Syamantaka.

It was given as a gift to Queen Victoria in 1849 by the British East India Company after the conclusion of the Second Anglo-Sikh War, during which the Kingdom of Punjab (a province in modern-day India) came under British rule.

Whilst Queen Victoria wore the jewel often, she disliked wearing it, which invites us to question whether she wondered if it was a true gift or really the spoils of war.

After her death, it was set into the front of the Queen Mary Crown, forming part of the British Crown Jewels, which are displayed at the Tower of London.

The Queen Mary Crown from the Crown Jewels Collection © AlinavdMeulen via Wikimedia Commons.

2. The First Hen Egg by Faberge

In 1885, Tsar Alexander III of Russia commissioned the House of Faberge to make a golden, jeweled Easter egg as a gift for his wife, the Empress Maria Fedorovna.

The egg was called the Hen Egg, since it concealed a golden hen with ruby eyes, and was the very first egg created by Faberge. Following the Hen Egg (which can now be seen at the Faberge Museum in St. Petersburg) the tradition of the Tsar giving his wife a unique Faberge Easter egg each year was continued. Every egg was jewelled, gilded, enamelled and contained a different surprise within.

After Alexander III died in 1894, the new Tsar Nicholas II gave Faberge eggs to his wife, Tsarina Alexandra, and his widowed mother, continuing the tradition set by his father.

Over the years, a total of more than 50 magnificent eggs were commissioned from Faberge! They are known as the Imperial Faberge eggs, and most are housed in public collections.

That said, genuine Imperial Faberge eggs do occasionally turn up on the market, and when they do, they command huge sums. In 2014, a Faberge egg that hadn't been seen since 1902 resurfaced. Not knowing what it was, the dealer who came across the egg, considered melting it for the scrap value of its gold, before luckily realising what he had in his possession, selling it eventually for around £20 million.

At the very top of our list is perhaps one of the most iconic buildings in the world - the Taj Mahal - in the Indian city of Agra. The stunning landmark is also one of the most romantic and interesting gifts ever given, for it was given in memory of a loved one.

The Taj Mahal was commissioned in 1632 by Shah Jahan, the emperor of the Mughal Empire, in homage to his wife, Mumtaz Mahal, following her death. It was also designed to house her tomb, making it part memorial gift and part historic monument.

It took some 20,000 artisans to build the monument, and legend has it that some of the architects involved were sentenced to horrid deaths, supposedly so that they could never again take part in any similar design that might rival the Taj Mahal.

Queen Elizabeth II of England has received over 75 animals as gifts throughout her reign! Many of them were horses, but several, including a crocodile and Jumbo, the famous 598kg elephant, were cared for at London Zoo and the rural zoo at Whipsnade.