The town of Dresden was an important centre of high quality Rococo style porcelain sculpture and tableware during the late 19th and 20th Centuries.

The history of porcelain in Dresden has been intimately linked to the history of the nearby town of Meissen, which was the first in Europe to produce hard-paste porcelain ware. It was as a consequence of discovering the secret of so-called ‘white gold’ that Meissen became a hugely successful manufacturing town.

Many Meissen works were not only sold in Dresden, but painted and decorated there, which is why the two towns are often confused with each other when it comes to antique porcelain. Many Dresden pieces therefore contain the Meissen mark and vice versa.

Most Dresden porcelain pieces were decorated in the Rococo revival style, and feature distinctive shell and flower decorations.

There were at least forty different workshops decorating porcelain in Dresden in the 19th Century: ‘Dresden porcelain’ can therefore refer to any one of a very large number of different decorators operating in the mid to late 19th Century.

Of these, there were four major decorating companies operating in the last four decades of the 19th Century, all of whom used the distinctive Crown and Dresden mark. These were Richard Klemm, Donath & Co., Oswald Lorenz and Adolph Hamann.

Other decorators would subsequently start to use the same mark, including Franziska Hirsch, Ambrosius Lamm, Helena Wolfsohn and Carl Thieme.

It was Carl Thieme, however, who decided to start making his own porcelain pieces, including tableware, vases and sculpture. In 1872 he founded ‘The Saxon porcelain manufactory of Carl Theime in Potschappel-Dresden’, which later became known as the Saxonian Porcelain Factory and then the Dresden Porcelain Manufactory. Pieces from this factory were exhibited at major international exhibitions and fairs, including in Brussels in 1897 and Paris in 1900.

Confusingly, then, the term ‘Dresden Porcelain’ is often used (and misused) to refer both to porcelain decorated in Dresden and to porcelain made in Dresden. 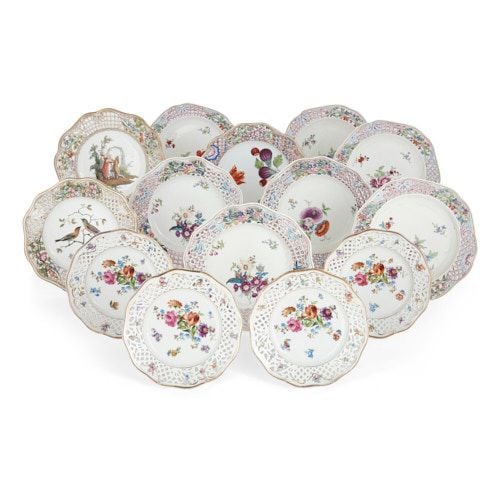 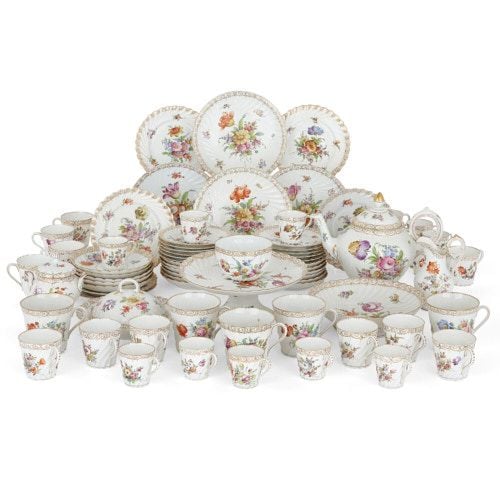