In 1807, Thomas Osler established a glassmaking firm in Birmingham, which started off by producing glass ornaments for chandeliers.

In 1831 Osler's sons, Follett and Clarkson, took over the firm. The pair relocated and reorganised the business, eventually renaming it 'F. & C. Osler & Co.' in 1852. In response to the growing market for luxury goods and competition with the French glass industry, the firm expanded quickly. By the mid-19th Century, F. & C. Osler & Co. were widely acknowledged to be the preeminent makers of exceptional glass chandeliers.

The company’s high quality, luxurious products were popular with aristocratic Europeans and Indian royalty. Commissions for important figures such as Queen Victoria, Ibrahim Pasha and the ruler of Nepal were taken on. Indeed, by the middle of the century, F. & C. Osler & Co. had outlets in India and were supplying fine glassworks to a number of distinguished Maharajahs.

The international success enjoyed by the F. & C. Osler & Co. prompted the firm to begin producing exceptional glass ‘exhibition pieces’. The most famous of these was the monumental four tonne cut-glass Crystal Fountain for the 1851 Great Exhibition in London, which was placed at the centre of the Crystal Palace in Hyde Park. In the 1870s and 1880s, the firm successfully invented novel and complex glass-cutting techniques.

F. & C. Osler & Co. glass production represents an epoch of luxury and grandeur which has hardly been surpassed; these high quality works still have the capacity to inspire awe in their viewers and are as beautiful today as when they were first cut. 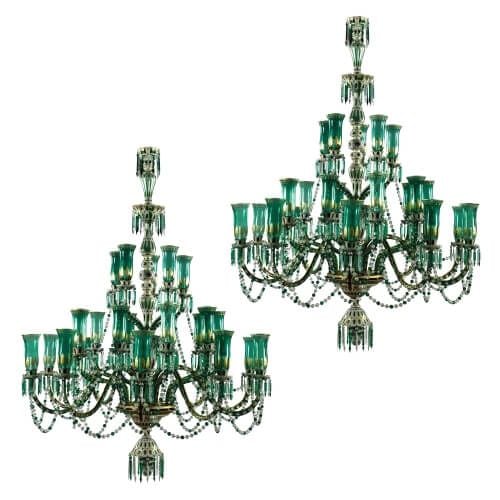 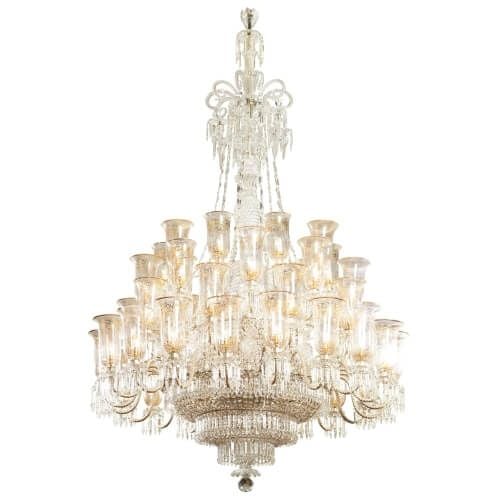 Cut glass and parcel-gilt antique chandelier by F & C Osler
£495,000
Glass and velvet furniture suite in the style of Osler
£45,000