The Grand Tour was the traditional trip to Italy and Greece made by the upper classes of Northern Europe (especially England). During the 18th and early 19th Centuries, the trip served as a rite of educational passage. Young men and women of sufficient means travelled to the greatest cultural centres of Italy, such as Turin, Bologna, Florence, Venice, Rome and Naples.

After the mid-18th century many visited the recently discovered archaeological sites of Herculaneum and Pompeii, close to Naples. It was not rare to include in the long voyage visits to other cities, such as Paris and Geneva, although the sites of Greece and Italy were the focal points of the trip. During the Grand Tour, the tourists imbibed themselves in the artistic environment of Continental Europe, studying the great Italian Old Masters of the Renaissance and the Baroque, but also getting to know sculpture and architecture of the classical antiquity. The so-called Grand Tour style refers to all items that these visitors collected from their trips, be it traditional Italian furniture and decorative arts, with precious marbles and pietra dura work, ancient sculpture restored or altered in the 18th Century,  or small charming souvenirs with   plaques, gemstones and diverse features made to suit the English taste.

Although the Grand Tour tradition declined as Neoclassicism went out of fashion, during the 19th Century it was still common to travel to Italy, France and Greece to enrich one's cultural studies and acquire art and antiquities. 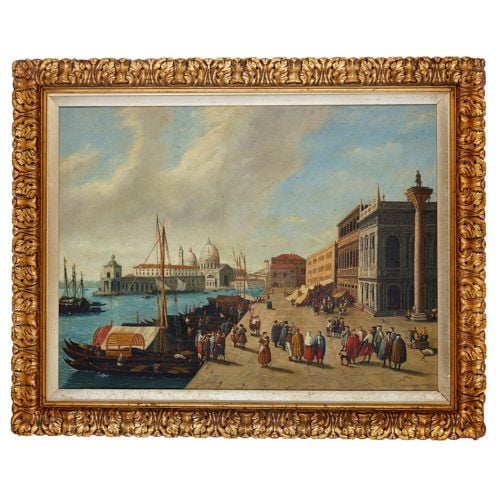 'Along the Riva degli Schiavoni', Italian painting of Venice
£12,000 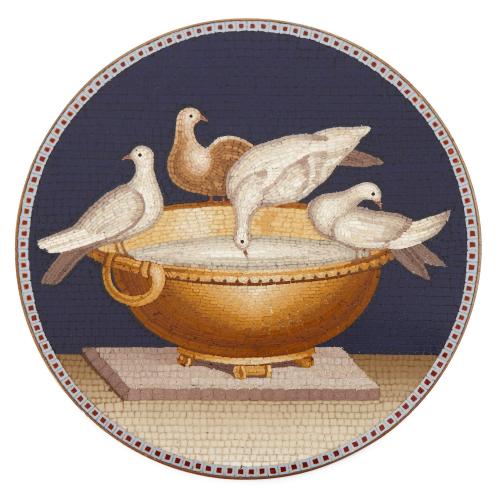