The Imperial Porcelain Factory was Russia’s first porcelain manufactory, dedicated to the production of goods exclusively for the Russian Emperors.

It was founded by the Empress Elizabeth, though attempts to produce porcelain in Russia dated back to the rule of her father, Peter the Great. After several unsuccessful attempts to recreate the formula for hard-paste porcelain which had been used by the Meissen manufacturers since the beginning of the 18th Century, a formula was finally developed in 1744 by the engineer Dmitry Ivanovich Vinogradov, which led to the foundation of the factory.

The porcelain produced in the early years was initially basic and, stylistically, owed more to China than it did to Europe. This changed towards the end of the 18th Century, when the Imperial Porcelain Manufactory began production of wares in the popular Neoclassical style. Under the control of Catherine the Great (1762-1796), the IPM produced some of its finest porcelain tableware in the later 18th Century.

In the early part of the 19th Century, the IPM started to hire porcelain painters from two other highly celebrated European porcelain manufacturers: Königliche Porzellan-Manufaktur (KPM) in Berlin and the Manufacture nationale de Sèvres in France.

It was during the reign of Nicholas I (1825-1855) that the Russian royalty started to take on a more direct role in managing the company. IPM became especially well known for copying well-known paintings on its porcelain products, especially vases and plaques. IPM’s museum opened in 1844.

By the end of the 19th Century and into the beginning of the new century, IPM had started to experiment with the new Art Nouveau style, using whimsical forms, sharp curves and stylised female figures in its vases. By 1917 it was one of Europe’s leading porcelain manufacturers.

In the revolution of 1917, however, IPM was seized by the new Bolshevik state and renamed the State Porcelain Factory and its manufacturing capabilities were turned over to the production of porcelain pieces of propaganda.

The company was once again privatised in 1993, following the break-up of the Soviet Union. It returned to its old name, Imperial Porcelain, in 2005. Today antique porcelain dinner services, tea and coffee sets, and porcelain Easter Eggs produced by the IPM are in high demand at auction. 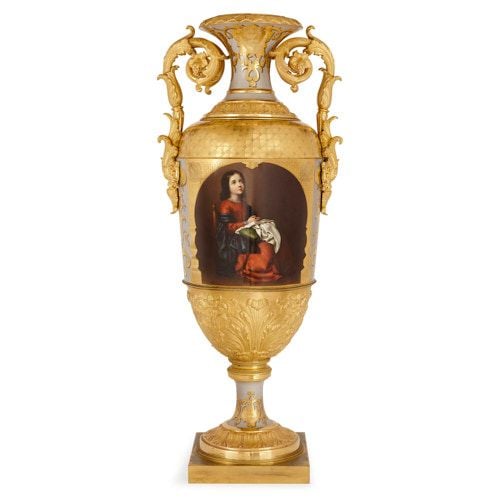 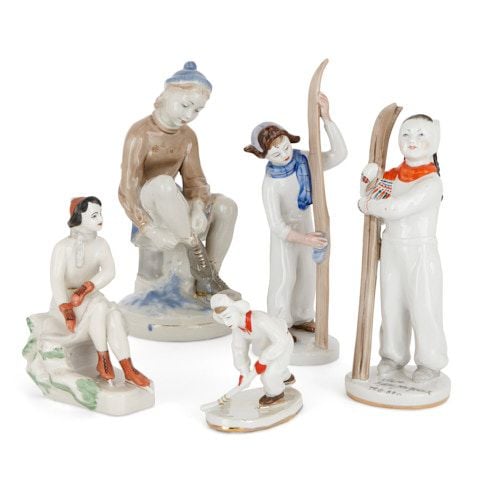