Jean-Henri Riesener was one of the most important French ebenistes (cabinetmakers) of the 18th Century. As the royal cabinetmaker to king Louis XVI and his wife, Marie Antoinette, Riesener’s works typified the Louis XVI style.

Riesener was born in Germany in 1735, but moved to Paris as a young man. He was apprenticed to another master ebeniste of the time, Jean-Francois Oeben. It was due to this apprenticeship, and Riesener’s marriage to Oeben’s widow when he died, that Riesener was allowed entry into the Parisian craft guilds.

In 1768 he started supplying furniture to the crown, and in 1774 he received the title of ébéniste ordinaire du roi. He was a favourite cabinetmaker of Marie-Antoinette, and built a number of important commissions for the French royal family as well as for members of the French nobility.

Perhaps the most important piece that Riesener made – and possibly one of the most famous pieces of furniture of all time –  was the roll-top cylinder bureau du roi produced for Louis XV, and which now sits in the Palace of Versailles.

Riesener produced many other pieces for the Palace of Versailles, and during the reign of Louis XVI he created some of his most innovative designs. These were crafted with the clean lines of the Neoclassical, or Louis XVI, style. Features characteristic of Riesener’s furniture design include rich mahogany veneers, intricate floral marquetry, parquetry, and floral and figural ormolu mounts. In addition, Riesener is well-known for his innovative locking mechanisms. His famous bureau du roi could be opened and closed with the press of a single button.

After the French Revolution took place in 1789, Riesener faded into obscurity, but his designs continued to influence many important makers throughout the 19th Century. Indeed, his work is perhaps some of the most replicated of any of the 18th Century master ebenistes. 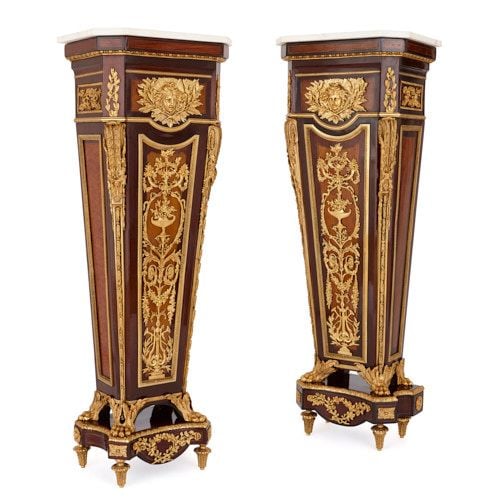 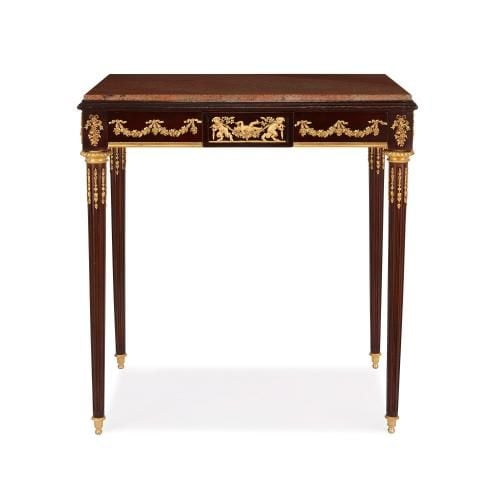