Starting working with paper, artist Nan Nan Liu then discovered her own style making contemporary silverware, sculptures and jewellery. Her principal source of inspiration is nature, particularly naturally occurring shapes and repetitive patterns, and likes to experiment with the balance between nature and ornamentation.

Building up layers of silver in an organic manner, Liu allows the form of her sculptures to have a life of its own. She is fascinated by the unpredictable forms that water can take, and the emotional response it can evoke. She often initially works from photographs, building her design by layering paper to create three-dimensional forms.

Her sculptures are eventually formed by a number of shaped wires that are individually hammered and hand-soldered together to create a final form, an intricate and very skilled process. They reflect Liu's profound interest in natural forms and energies. Within this process, she investigates engraving on different forms and how to create subtle textures.

Liu's works in silver and gold are collected worldwide, privately and by institutions such as the Victoria and Albert Museum in London, as well as the Worshipful Company of Goldsmiths. In addition to working as a self-employed silver craftswoman, Liu also teaches part-time at Bishopsland Educational Trust. 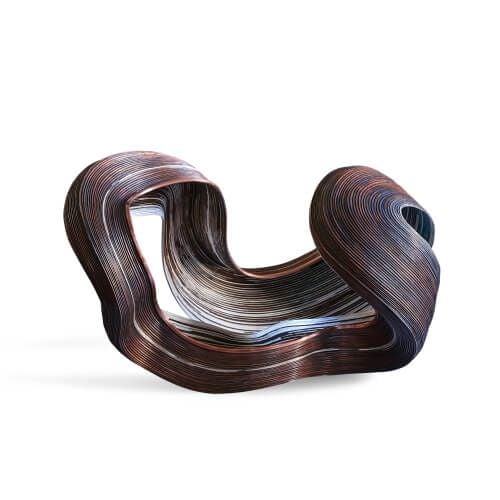 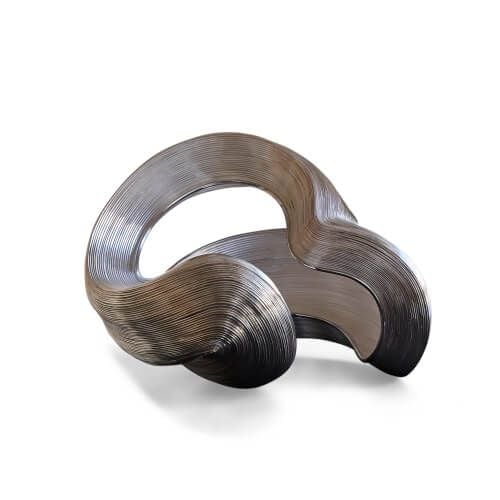