Porcelain is a type of pottery made by firing the clay mineral kaolin and other raw materials at very high temperatures in a kiln. Porcelain is often considered the finest type of pottery, on account of its bright white colour, delicacy and strength. Porcelain can be easily modelled and combines well with both glazes and paint, meaning that a huge range of decorative treatments are available for porcelain creations, such as vases, tableware and figurines.

The ceramic material porcelain can be broadly divided into two different types: hard-paste and soft-paste porcelain. The difference between these depends on both the firing conditions and the composition of the paste that is used to make the porcelain.

The production of porcelain took a long time to develop, and it was not until the Song Dynasty (960-1279 AD) that China began to produce truly impressive, high quality porcelain wares. It was during this time that the manufacture of porcelain became thoroughly organised, meaning that one kiln site could fire as many as 25,000 wares.

Despite the progress made during the rule of the Song Dynastry, it is the Ming Dynasty (1368–1644 AD) that is truly associated with antique Chinese porcelain. During this time, porcelain began to be exported to Europe, and some of the best know Chinese porcelain decorative styles became know, such as the blue-and-white wares. Porcelain wares produced during the Ming Dynasty remain exceptionally highly prized today, and such works sell for staggeringly high figures at auction.

In 15th Century Europe, Chinese imported porcelain was regarded so highly that the term 'china' became synonymous with any porcelain ware, and remains in use today. Astonishingly, given the widespread use and immediate popularity of Chinese ceramics, porcelain production did not begin in Europe until the 16th Century. When it did begin, the techniques and materials used to create Chinese porcelain were not yet understood, and so second rate, soft-paste creations were made.

Europe did not start producing hard-paste porcelain wares until the early 18th Century. These were formed of a paste comprising alabaster and kaolin, and produced porcelain items of a great strength, hardness and translucency when fired. It was Meissen, the famous German porcelain manufacturer, who was responsible for producing these very first hard-paste porcelain wares in Europe, which quickly became hugely popular among wealthy European royalty and nobility. The French firm of Sèvres, which was founded slightly later than its German counterpart, soon began to create fine hard-paste porcelain items too. Once porcelain production had become established as a European craft, it flourished, and the output of renowned makers reached unsurpassed levels of quality and beauty.

Today, fine antique European and Asian porcelain remains as highly prized as ever, with examples held in prestigious museums and galleries across the world. 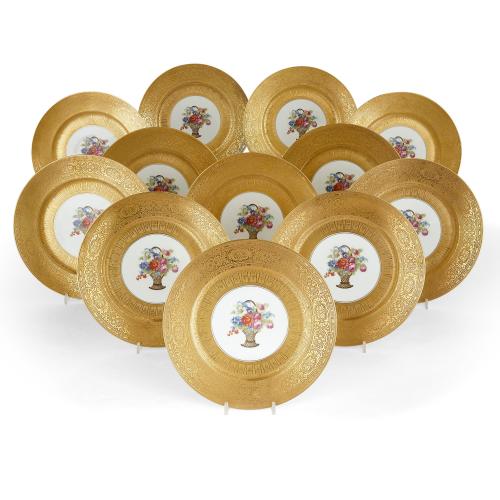 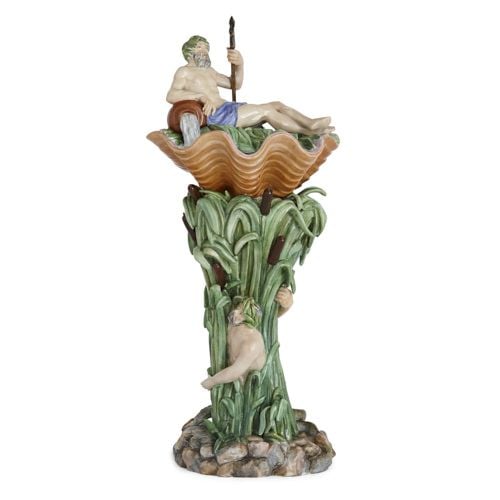