The name Sèvres has long been associated with the production of exceptionally high quality porcelain. Although used now to describe the style of a specific type of porcelain work, Sèvres traditionally refers to the French Porcelain Manufactory that has been producing fine porcelain wares since the early 18th Century.

Founded under the name of Manufacture de Vincennes in 1738, its popularity and the support of King Louis XV of France and his mistress, Madame de Pompadour, led to the move of the manufactory to a building in Sèvres in 1756. The building was deliberately positioned near to the Chateau of Madame de Pompadour, so that she could visit the manufactory on a regular basis, so great was her admiration for the fine works that were produced.

The Sèvres manufactory became known for the creation of porcelain with a distinctive blue glaze made from a cobalt oxide, and the shade became known as ‘Sèvres blue’. Moreover, in 1770 the firm became the first French manufacturer to produce hard-paste porcelain wares, which were more lasting and allowed for further experimentation with colouring. Its several breakthroughs and the excellence of its porcelain work led to numerous collaborations with major artists over the centuries, such as Francois Boucher, Albert-Ernest Carrier Belleuse, Alexander Calder and Auguste Rodin.

Nowadays, it is common to use the term Sèvres or Sèvres style for porcelain wares and antiques set with high quality porcelain plaques that adhere to the style, colouring and formats of the prestigious French factory's porcelain works. 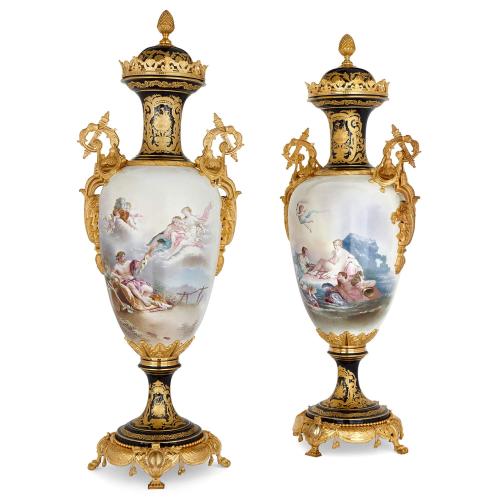 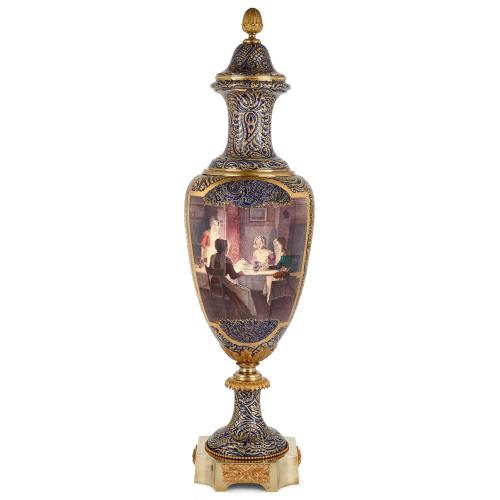 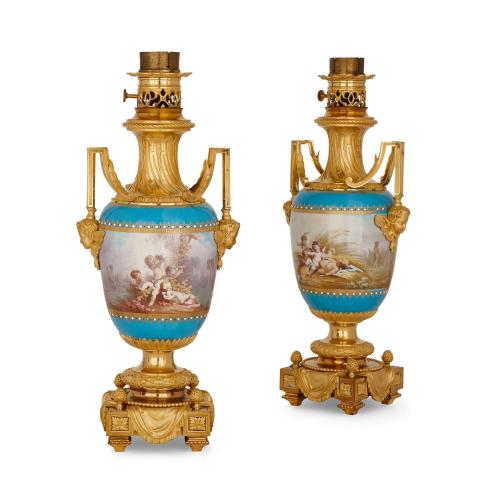 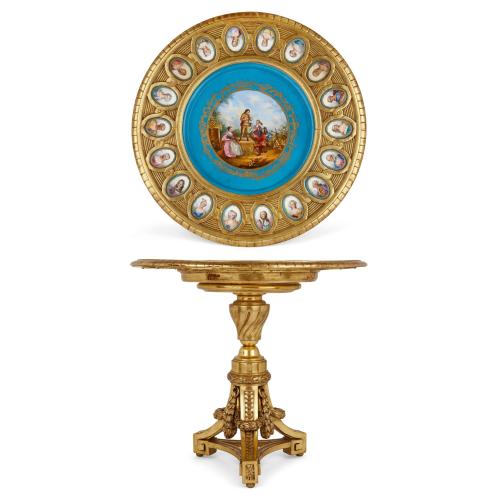