Silver is a soft, shiny precious metal of silvery-white colour that has been highly prized for its beauty and rarity since ancient times.

The discovery date of silver is unknown, as it was one of the seven metals that were known to prehistoric humans. Since its discovery, silver has been used for monetary or decorative purposes. Silver was an incredibly precious material in the ancient world, as native silver supplies were limited and much rarer than gold. Indeed, in ancient Egypt, silver was more expensive than gold until around the 15th Century BC.

However, discovery of a method by which silver could be separated from its ores meant that silver became more prevelant in the later centuries BC. One of the earliest European silver extraction centres was in Sardinia; while the origins of silver production in Japan, China and India are almost certainly as ancient as their European counterparts, the process is not documented.

The production of fine, high quality jewellery has been a primary use of silver throughout the ages, and remains one of the metal's most prevalent uses today. The creation of fine, silver tableware is another of the metal's most prominent uses. This is particularly true of beautiful antique silver cutlery and silver tea and coffee sets, which prize the metal not only for its exquisite appearance, but also for its cleanliness, as silver is known to possess antibacterial properties. 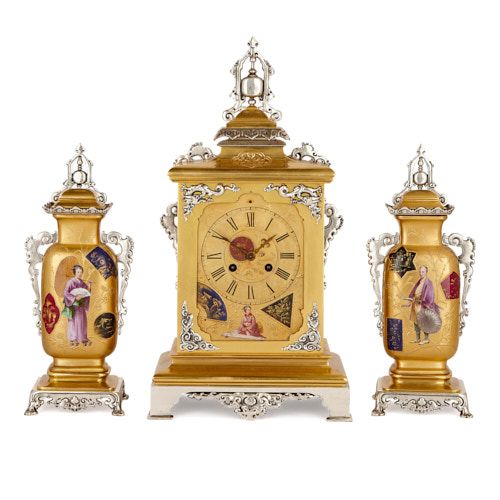