Coustou won the prestigious Prix de Rome and he was offered the much sought-after four-year scholarship at the French Academy in Rome. However, Coustou could not contend to the academy rules, and left to return to Paris. After reportedly being homeless for some time, he eventually secured work in the workshop of Pierre Legros.

After assisting his uncle, Antoine Coysevox, with his equestrian sculptures, he secured admission to the Académie royale de peinture et de sculpture, of which he later became the director in 1733.

Coustou’s most celebrated work is the group of marble sculptures the ‘Horse Tamers’ of 1739-45, which are otherwise known as the ‘Chevaux de Marly’ or ‘the Marly Horses’. Completed in collaboration with his son, Guillaume Coustou the Younger, the Marly Horses were commissioned by King Louis XV and were likely inspired by the antique statues of the rearing horses of the Dioscuri in front of the Quirinal Palace, Rome.

Coustou created many other works for Marly and other royal residences by commission of the King, many of which are now housed in the Louvre Museum, Paris. 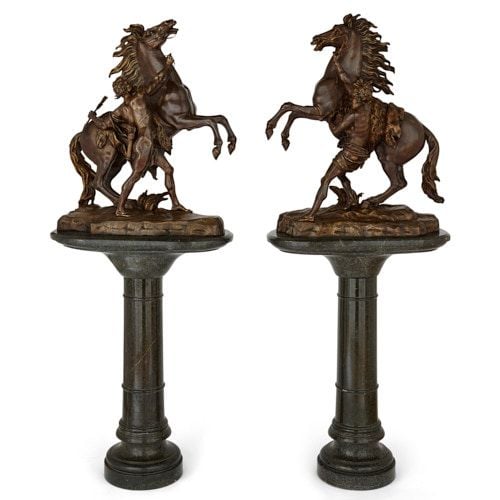 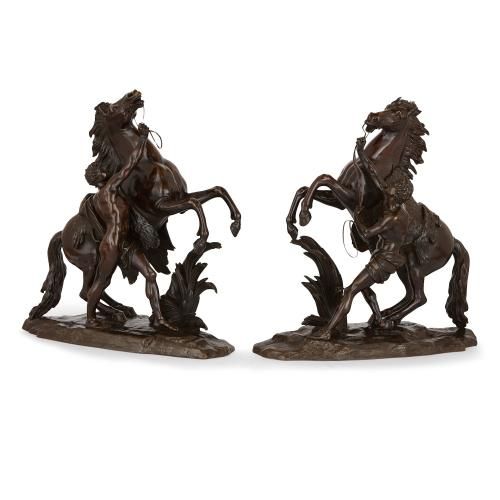