Ferdinand Barbedienne (1810-1892) was a famous French metal worker and manufacturer, who presided over one of the most renowned and prolific foundries of Belle Époque Paris. Barbedienne’s atelier created sculptures, clocks and bronze mounts of the highest quality and his works were shown at numerous international exhibitions of the period, where he won multiple awards. Among these was the noteworthy Grande Médaille d'Honneur, which Barbedienne won in Paris in 1855.

In 1838 Barbedienne partnered with the engineer Achille Collas (1795-1859) who had just invented a process to create bronze reproductions of extant statues in miniature. In 1839 the pair founded the company Collas et Barbedienne, which reproduced casts of both contemporary artworks and Classical antiquities using Collas’s technique. While working with Collas, Barbedienne actively pursued contracts with many Parisian sculptors including David D'Angers, Jean-Baptiste Clesinger and Antoine Louis Barye. When Collas died in 1859, the business was left to Barbedienne as sole owner.

From 1860 to 1890 Barbedienne, eager to research new processes, experimented with new techniques in champlevé and cloisonné enamels to compete with the fashionable Japanese imports. In 1865, Barbedienne was appointed President of the Reunion of Bronze Makers, a post that he held until 1885.

After Barbedienne’s death in 1892, the flourishing business was taken on by his nephew Gustave Leblanc, who maintained the high standards that had made the organisation both successful and highly respected. 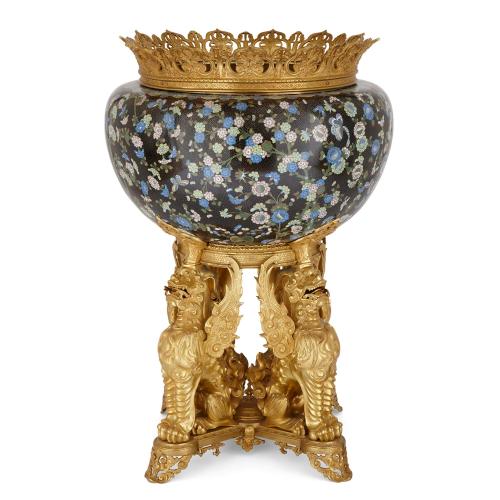 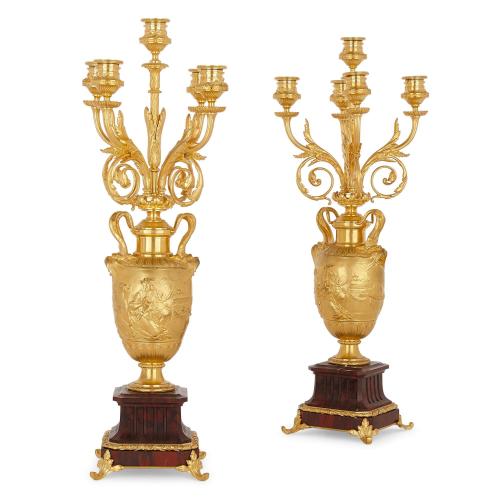 Pair of ormolu and marble candelabra by F. Barbedienne
£12,000 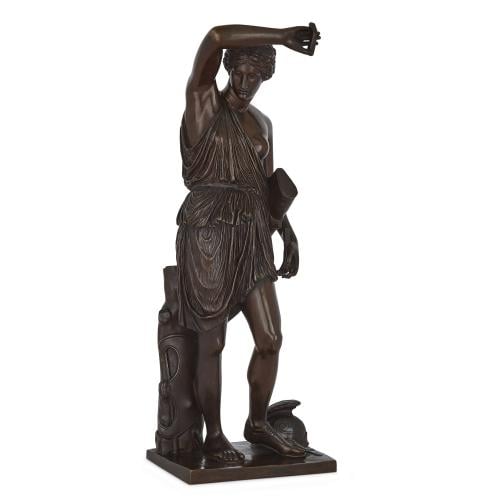 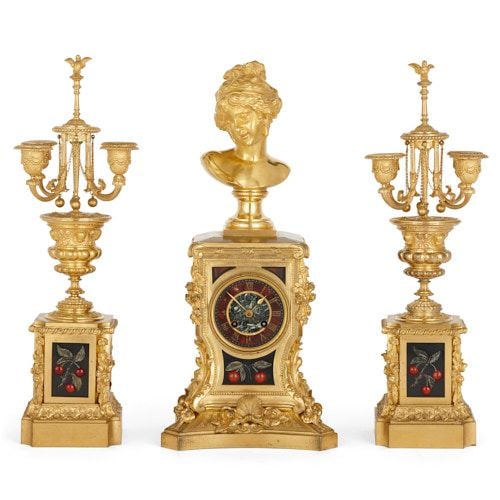