Von Tschirnhaus’ work presented an astonishing novelty, because he created the first European hard-paste porcelain. Previously, European porcelain had only been made in soft-paste. The hard-paste creations had the advantage of being more robust than their soft-paste counterparts, and were less likely to crack when exposed to heat or liquid.

After von Tschirnhaus’ death, Johann Friedrich Bottger continued the production of hard-paste porcelain, with the intention of bringing the works to a wider audience. By 1710, Bottger was operating from Meissen, near Dresden in Germany. The company soon became known as Meissen porcelain, and quickly gained a reputation for creating exceptional works of outstanding quality and design. Indeed, until the mid-18th Century, Meissen dominated the style of European porcelain.

In order to distinguish its works, in 1720 Meissen porcelain began stamping pieces with the distinctive crossed swords logo. This mark was used consistently after 1731 by official decree. Today, variations in the logo allow for the approximate dating of wares by collectors and porcelain connoisseurs.

Part of Meissen’s immediate success was due to its royal endorsement. At the beginning of its establishment, the firm was owned by the royal household of Saxony, in addition to being supported by King Augustus II of Poland. These monarchs hugely admired and appreciated the fine wares made by Meissen, and commissioned the company to produce a multitude of porcelain goods to furnish their royal palaces and households.

Indeed, such was the rarity, beauty and expense of Meissen porcelain that only the richest could afford it, and the firm took orders from the elites of Russia, France, England and other European countries.

The support of royal patronage and European nobility also helped to attract the very finest European painters and modellers to Meissen. The skill of these artists began to fully flourish in 1723, when Meissen porcelain introduced the multicolour enamelling technique. The broad palette of colours available created a greater artistic flexibility and freedom for Meissen artisans, leading to the creation of novel and exciting wares for which the firm became most famous.

The multicolour enamelling technique allowed for the depiction of minutely detailed landscapes, animals, flowers and courtly scenes on Meissen porcelain. The firm became known for its distinctive Meissen blue signature glaze, which appeared on many of its wares. In fact, the enamel paints developed in the 18th Century were of such high quality that they still form the basis for the Meissen paints used today.

Although Meissen dominated the European porcelain market for the majority of the 18th Century, the growing success of  French porcelain manufacturers such as Sevres posed a threat to the German firm. As such, Meissen porcelain artists adapted to the changing fashions of the day. Meissen's flamboyant Rococo style pieces were modernised, and the company began to produce works in the popular Neoclassical style.

By 1830, Meissen porcelain belonged to the State of Saxony, although its association with royal design remained strong, and European nobility continued to commission the firm throughout the 19th Century.

Although Meissen did not shy away from producing more contemporary wares in the early 20th Century – particularly some brilliant works in the Art Nouveau style – its most popular pieces continued to be those that revived 18th Century models.

The production of Meissen porcelain fell into decline during the rise and rule of Adolf Hitler in the mid-20th Century, as artistic freedom became increasingly restricted. It wasn’t until 1969 that Meissen fully recovered its status as a specialist producer of exceptional and unique porcelain wares. Today, the firm continues to produce beautiful works of porcelain, and many of the antique Meissen collections are on display in highly prestigious museums across the world. 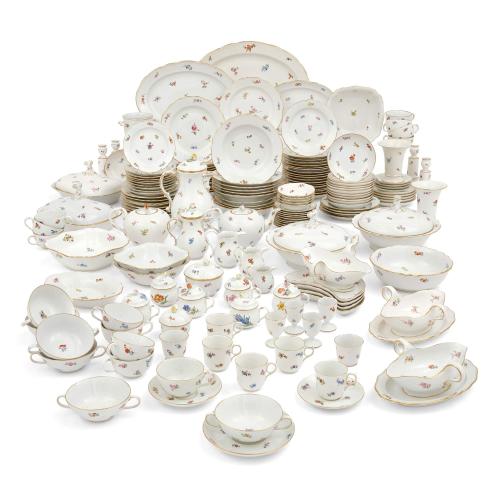 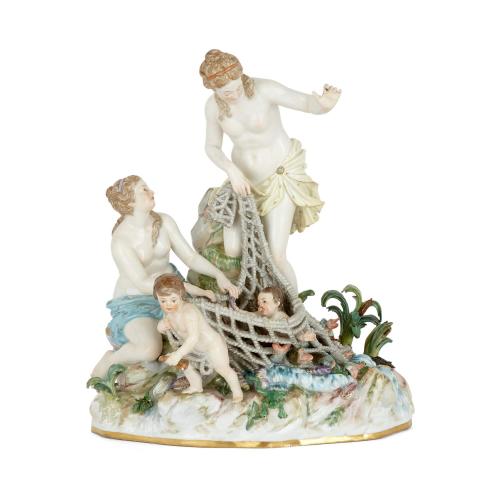 A Meissen group of the capture of the Tritons, Late 19th Century
£4,500 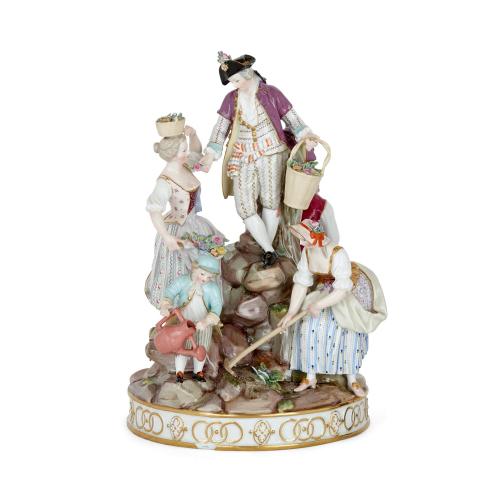