The Konigliche Porzellan-Manufaktur, or KPM, also known in English as the Royal Porcelain Manufactory Berlin, was one of Europe’s foremost producers of hard-paste porcelain in the late 18th and 19th Centuries, and still operates in the present day.

KPM was founded in 1763 by Frederick the Great of Prussia, after two previous attempts to found a porcelain manufactory in Berlin had failed. After the second attempt had ended with the manager, Johann Ernst Gotzkowsky, unable to pay his staff, Frederick intervened directly to take over the factory himself. Even to this day all KPM porcelain bears the distinctive sceptre mark of Frederick I.

Under the leadership of Frederick the Great, KPM began gradually to rival the renowned Meissen manufactory in the Electorate of Saxony in both the output and the quality of its fine porcelain wares. KPM even began to employ several important artisans from Meissen to work in their porcelain painting and modelling department.

As KPM grew in stature, it produced a number of important works for the Prussian nobility and royalty. Frederick the Great described himself as his own ‘best customer’, buying vast quantities of dinner services, tableware and vases from the factory. In addition, all of Frederick’s diplomatic gifts were produced in the manufactory. Consequently, KPM porcelain was soon found in the palaces of European royalty all over the continent. These pieces were largely produced in the flamboyant Rococo style, owing to Frederick’s tastes.

In the 19th Century, the Rococo style gradually gave way to the newer Neoclassical style, which could be seen in the new dinner services and tableware which were being produced in KPM’s factory. Aside from tableware, KPM was renowned for its beautiful porcelain vases, sculptures, and plaques, including designs by famous Prussian artists of the time, such as Karl Friedrich Schinkel and Johann Gottfried Schadow.

By the end of the 19th Century, chemists at KPM were experimenting with new techniques and glazes which could produce new colours. This coincided with the Art Nouveau period in Europe, known in Germany as Jugendstil. KPM produced many important and beautiful Art Nouveau style pieces at the turn of the 20th Century.

KPM in the 20th Century was largely at the mercy of Germany's turbulent history, through two World Wars, and its postwar partition and occupation. Nevertheless, it still produced some exquisite items influenced by the Bauhaus style of art and architecture. Today KPM remains an important manufacturer of luxury porcelain, and its pieces are highly sought after by collectors, museum curators and designers alike. 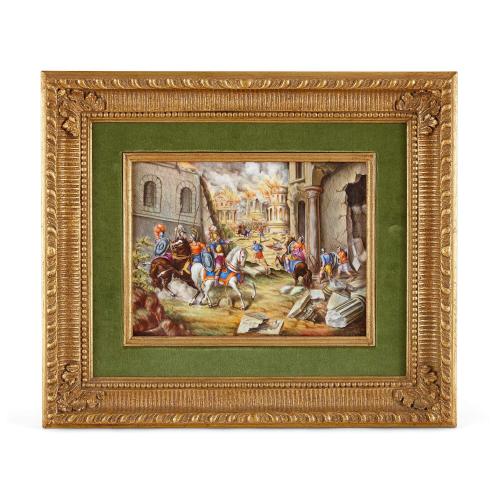 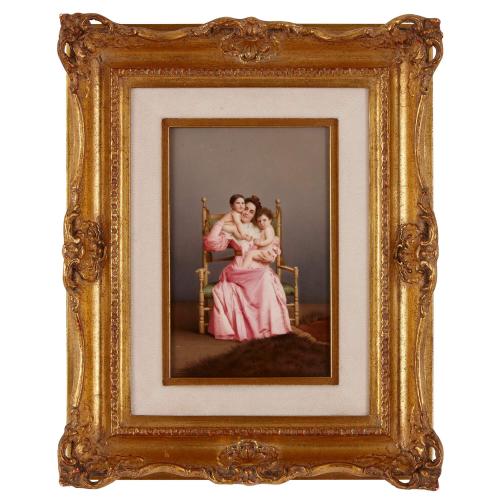 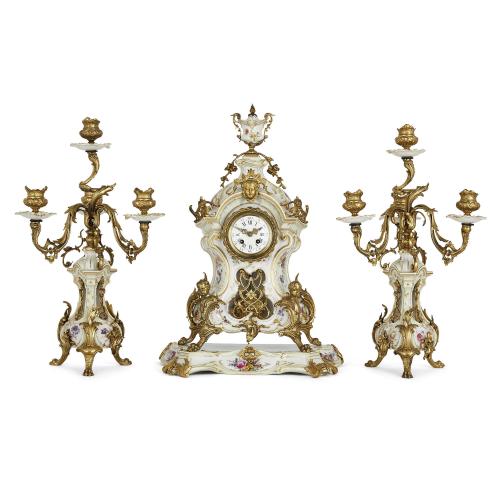