The House of Fabergé was founded in St. Petersburg in 1842, under the ownership of Gustav Fabergé (1814-1893). His son, Peter Carl Fabergé (1846-1920), assumed control of the firm after his father’s death and maintained ownership until the company was nationalised by the Bolsheviks in 1918.

Interestingly, Gustav was born as Faberge rather than Fabergé, choosing to add the accent to the final ‘e’ of his surname. This addition is likely to have been for the purposes of trade, in an attempt to suffuse the brand with a French character that would appeal to the Russian aristocracy. Indeed, France was associated with luxury and refined living and French was the official language of Russia’s Royal Court.  Thus Faberge became Fabergé and the firm initially began life as a jewellery store, operating from a basement shop in central St. Petersburg.

Fabergé is most famous for its production of ornate, jewel encrusted eggs, which were particularly favoured by the Russian Imperial family and are regarded as masterpieces of the jeweller's art. The first of these was commissioned in 1885 by Tsar Alexander III, who asked Fabergé to make an Easter egg as a gift for his wife, the Empress Maria Fedorovna.

Such was the success of this initial commission that the Tsar continued to employ Fabergé, who, from 1887, produced at least fifty-four Easter eggs for the Imperial family. According to tradition, Fabergé was granted complete freedom over the design of these models: not even the Tsar knew what form the Easter eggs would take, the only requirement being that each one should contain a surprise in its centre.

Despite achieving huge success with the production of Easter eggs, the House of Fabergé initially built its reputation by crafting luxury versions of various everyday items. These included objects such as photograph frames, walking sticks, desk sets, caskets and kitchenware, all of which of exceptionally high quality and made from silver, gold, enamel and precious stones.

By the late 19th Century, Fabergé was the largest jewellery firm in Russia, with further branches opening in Odessa, Kiev and London. The House of Fabergé received a myriad of critical acclaim, winning a multitude of prestigious international awards in the late 19th and early 20th Centuries.

After its nationalisation in 1918, the Fabergé headquarters in Russia closed. The name Fabergé has been associated with refined luxury and superb quality since its inception and today, the firm has revived itself, producing a spectacular Easter egg for an important Qatari family in 2015. 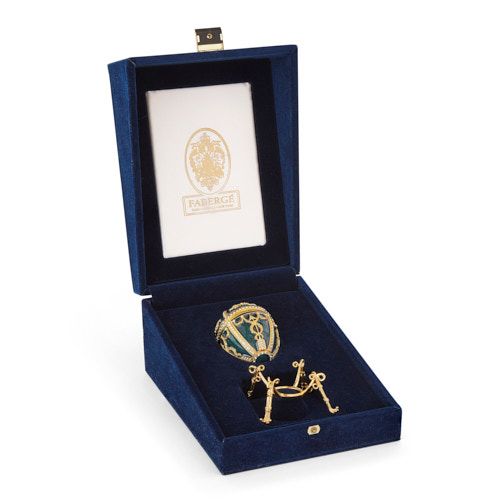 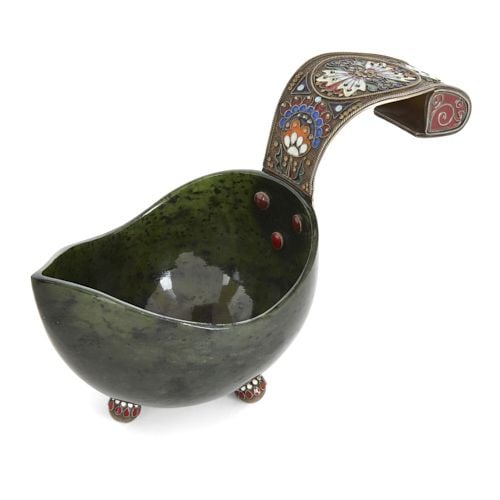