Majolica, traditionally called maiolica, is a type of tin-glazed Italian pottery, which was first produced during the Renaissance period.

The production of majolica wares originated in central Italy in the late 13th Century, becoming particularly prevalent in the city of Florence. By the 15th Century, the dominant producers of majolica ware had moved away from Florence, to the nearby cities of Siena and Arezzo. It was during this time that Italian majolica wares reached their pinnacle of excellence, both in design and quality.

High quality majolica craftsmanship contined into the 16th Century, as the number of workshops and majolica craftsmen increased in central Italy. Indeed, by the end of the 15th Century, many central cities were producing luxury mailoica pottery for a booming Italian and wider European market.

Majolica pottery is traditionally decorated using vibrant colours on a white background, and often depicts scenes of mythology or historical events. These works, known as istoriato wares ('painted with stories'), became especially popular in the 16th Century, and were painted with a great level of detail and skill.

The 18th Century saw the decline of the majolica tradition, which suffered from the competition of white earthenware and inexpensive porcelains that became available on the market. In the Victorian era, British and American makers began to produced cheaper, lead-glazed imitation majolica ware. This was typically mass-produced earthenware that was decorated with coloured lead glazes, depicting images in a Classical or naturalistic style.

However, in Britain there were a few makers of high quality tin-glazed earthenware, which was much more in keeping with the style and quality of Italian Renaissance majolica ware. Minton & Co. were responsible for the production of these wares, which were referred to by the British spelling of 'majolica'. Examples of Minton majolica are rare, and remain highly prized as collectible items.

A large amount of original Italian majolica pieces can be found in the Metropolitan Museum Of Art in New York, and the British Museum in London. In Italy, there are some areas that still produce traditional majolica works with a genuine tin-glaze, which is sold worldwide. However, the majority of modern majolica has a slightly different appearance to the 13th-18th Century works, as it is usually glazed with cheaper substitutes to tin. 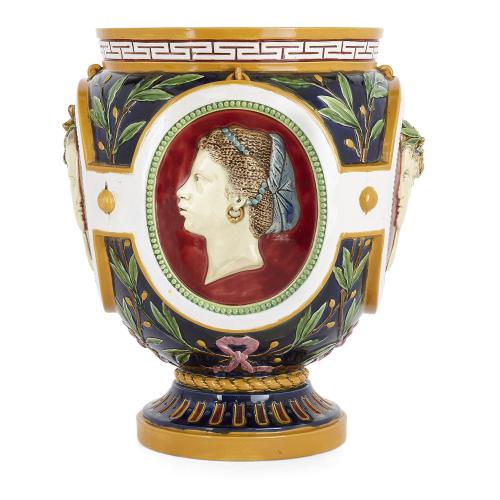 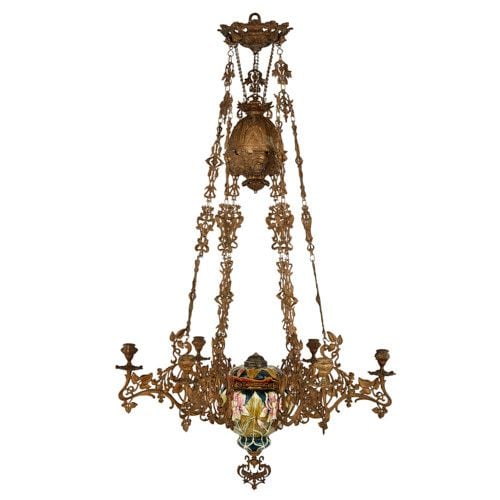