Bronze is a metal alloy similar to brass, consisting of copper and tin, often with the addition of other metals.

In ancient Europe and Asia, bronze sculpture was regarded as the highest form of art. Indeed, in many areas of the world, large supplies of bronze artefacts have been found that often show no signs of wear. These were often buried alongside the dead, suggesting that bronze objects were an indicator of wealth and social status. Chinese ritual bronzes, for example, were made in vast quantities for noble burials in addition to being used for ritual offerings by the living.

However, it was the ancient Greeks who truly explored the possibilities of bronze casting work. The Greeks were the first to create life sized models in bronze, which beautifully caputured naturalistic detailing of the human form. Sadly, few of these ancient bronzes survive, as many were melted down on account of their precious value, or to make weapons in times of war.

Indeed, many 'ancient' bronzes are actually Roman copies of Greek originals, which were created centuries later. It wasn't until the 17th Century that bronzework would once again be created to an exceptionally high standard. As a result, bronze sculpture and decoration became highly desired by aristocrats across the world.

Patinated bronze sculpture, of a stunning rich brown colour, became particularly fashionable in the 18th and 19th Centuries. In addition to patination, cast bronze can also be gilded, which is known as the ormolu technique.

Bronze works can also be painted, which was a popular technique for 19th Century sculptural bronzes. With the addition of colour, the works are really brought to life to be enjoyed for generations to come.

Today, bronze continues to be highly prized as an artistic material, and is often the choice of medium for contemporary sculptural artists. 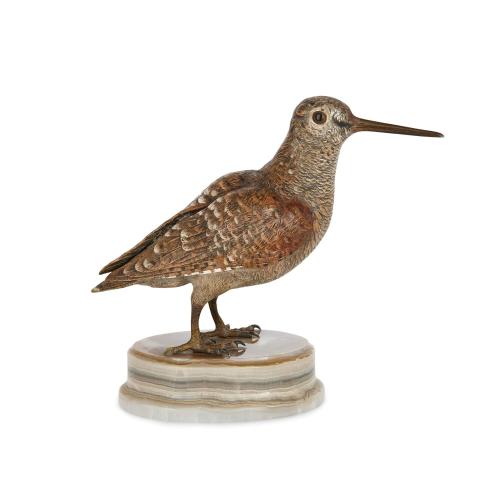 A large Viennese bronze bird model with onyx base by Bergman
£4,500 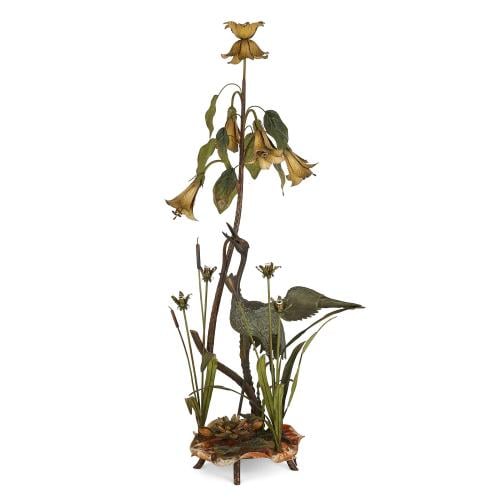 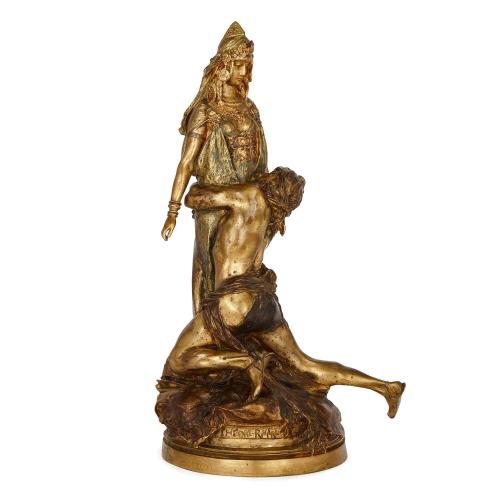